The summer tourism season begins Memorial Day weekend, with businesses and attractions getting set for a better year now that COVID is beginning to dissipate.

After a run of team cancellations earlier in the year, the Dreams Park baseball camp announced new protocols Monday, May 24.

The baseball camp in Hartwick Seminary will open Friday, July 23, with no restrictions on social distancing or mask wearing. However, they will be requiring a vaccine for all participating children and adults.

Dreams Park said on their website that the 2021 season would be the “first step toward a full reopening in 2022.”

Todd Kenyon, director of communications at the Fenimore Art Museum, said that he was optimistic about the upcoming summer and fall seasons.

“There’s always the unknown, but I can feel that people want to get out,” Kenyon said. “I’m hopeful they visit Cooperstown.”

END_OF_DOCUMENT_TOKEN_TO_BE_REPLACED

Those are the two concepts people in government and the tourist industry are using in discussing the news that the two youth-baseball camps, Dreams Park in Hartwick Seminary and All Star Village in West Oneonta, are seeking permission to open someway, somehow, in the 2021 season.

“If they can conform to the state’s requirements and do it safely, they should be allowed to open,” said Cooperstown Mayor Ellen Tillapaugh Kuch. Others interviewed echoed her sentiment.

Dreams Park is planning to extend its season from May to September, with fewer players, who would stay on-campus, as in the past.  (Early, it was incorrectly reported that the players would stay off-campus.)

All Star Village issued a more general statement, saying it would implement all health and safety measures, and concluding, “As things change we are confident restrictions will expire and we will update.”

END_OF_DOCUMENT_TOKEN_TO_BE_REPLACED

ONEONTA – Citing Governor Cuomo’s restrictions on overnight camps and other social-distancing measures, Cooperstown All-Star Village has announced that the remainder of the 2020 season has cancelled.

“We feel it will not have the same wonderful feeling, filled with memories that will last a lifetime,” Patton wrote in a statement on the camp’s website. “It’s important for us to deliver a safe and memorable experience for all in attendance. After considering all the possible alternatives we have regrettably made the decision to cancel the 2020 Season.”

END_OF_DOCUMENT_TOKEN_TO_BE_REPLACED

WEST ONEONTA – Week 2 of the All Star Village 2020 season – June 13-19 — has been cancelled, the youth-tournament venue’s proprietor, Marty Patton, announced this morning.

“While the COVID-19 pandemic continues to impact our country at large, regrettably, we will not be able to deliver the ultimate Cooperstown experience your team and families have been looking forward to,” Patton wrote to Week 2 families across the nation.

END_OF_DOCUMENT_TOKEN_TO_BE_REPLACED

All Star Village Cancels Week I Of 2020 Season

Will Happen As Long As There’s Risk

ONEONTA – Cooperstown All Star Village has cancelled its youth baseball tournament for the week of June 6, Week One of its 2020 season, proprietor Marty Patton said this morning.

A letter to the 70 teams scheduled for the first week will be going out later this week.

“To the local community, I just say this: Brenda and I have lived here most of our lives.  We would never risk our community or those wonderful people who are coming from all over to visit,” Patton said.

END_OF_DOCUMENT_TOKEN_TO_BE_REPLACED

WEST ONEONTA – Marty Patton, owner of Cooperstown All-Star Village, today announced the youth-baseball park has put together a flexible plan that may allow it to function through the 2020 season.

“We have decided to make a decision regarding the 2020 tournament… four weeks in advance of each week,” Patton wrote in a public letter.  Players’ families and coaches will then be advised if the tournaments will happen the weeks they are registered.

END_OF_DOCUMENT_TOKEN_TO_BE_REPLACED 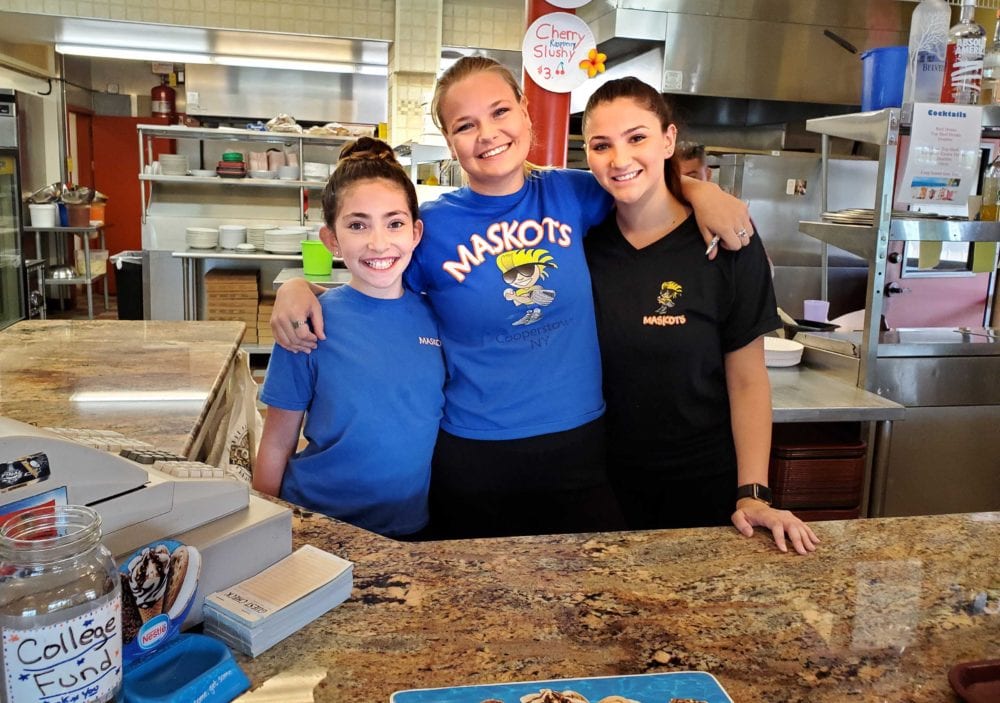 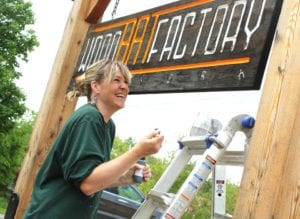 At noontime today, Maskot’s, across Route 28 from Dream Park’s entrance in Hartwick Seminary, had a full parking lot, and servers, from left, Josie Furnari, Cooperstown, and Ally Baker and Leeza Shultz, both of Oneonta, were greeting customers.  That’s because Dreams Park and Cooperstown All-Star Village players and their families are arriving today, in anticipation of Saturday’s 7:30 a.m. opening ceremonies.  By summer’s end, some 200,000 will be attracted by the youth baseball parks alone.  Inset left, Wood Bat Factory manager Chrissie Bridger adds orange highlights to the store’s sign, among businesspeople on Otsego County’s “baseball strip” adding highlights at the season begins.  License plates were spotted from Florida, Virginia, New Hampshire, Ohio and Pennsylvania.  (Thomas Rhodes & Jim Kevlin/AllOTSEGO.com)

Baseball Teams Face Off At Cooperstown All Star Village

In All Star Village Contests