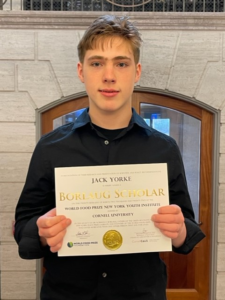 RICHFIELD SPRINGS – John R. Sovocool, 65, was born January 25, 1956 in St. Johns, Newfoundland in Canada to Wilbur Sovocool and MaryAnne Cranston Sovocool and passed away May 20, 2021 in Batavia, NY.

John graduated from LeRoy High School, Cornell University, Golden State University and served in the US Air Force. For the last 20 years he owned and operated the Fieldstone Farm Resort. In his off time, he was an avid runner who had completed at least 1 marathon in all 50 states. He ran a 100-mile marathon in Vermont which he finished in 22 hours and 11 minutes.

He was predeceased by both his parents, his sister Patty and his brother Kenny.

Those wishing to make memorial contributions are asked to plant a tree in his honor.

She was born May 2, 1935 in Flushing, NY a daughter of John and Helen (Fritschi) Wilmarth. Jeanne grew up in Bayville, NY, graduating from Oyster Bay High School before attending Cornell University School of Nursing where she earned her bachelor of science degree in Nursing. She was married to Edward James Carey Jr. in 1957 and they made their home and raised a family in Cooperstown, NY.

During this time, she became a teacher in the art of rug hooking and was active in the Ostego Sailing Club. After her husband’s death in 1986 she returned to her nursing career, eventually becoming a licensed EMT for the health department of Carrier Corporation in Syracuse, NY. After her retirement she moved to the Sterling Springs Community in White River Jct., VT. Jeanne has been a resident at Valley Terrace for the past year.

END_OF_DOCUMENT_TOKEN_TO_BE_REPLACED

In New Berlin Area For 45 Years