OPERA—12:55-4:30 p.m. View live performance of the Metropolitan Opera, streaming live in Oneonta. This week the Met presents “Fedora” by Umberto Giordano, about a 19th-century Russian princess who falls in love with her fiancé’s murderer. Cost, $20/adult. Lunch available for purchase separately from Soda Jerks. Showing at the Foothills Performing Arts and Civic Center, Oneonta. (607) 431-2080 or visit foothillspac.org

END_OF_DOCUMENT_TOKEN_TO_BE_REPLACED

Opera Streaming Service Off to Good Start at Foothills

Opera Streaming Service
Off to Good Start at Foothills

Death, both as the tragic end to a love story and as the culmination of a lover’s revenge, marked the start of the 2022-2023 Metropolitan Opera’s “Live in HD” streaming series at the Foothills Performing Arts & Civic Center.

Ironically, the streaming series narrowly avoided near tragedy itself before it had even begun. The Foothills needed to update its receiving equipment to accommodate a change in the Met’s transmission, the cost of which would have amounted to half of the expected ticket sales. When added to the 50 percent of ticket sales the Foothills pays as the price for receiving the stream, it would have meant the series would not have netted any income.

END_OF_DOCUMENT_TOKEN_TO_BE_REPLACED

Editorial: A Chorus For Us

A Chorus For Us

Last Friday evening, a new production of The Sound of Music, the beloved musical written in 1959 by Rodgers and Hammerstein, came to life at The Glimmerglass Festival, signaling the start of the 2022 season, its 47th — an astonishing accomplishment.

The Glimmerglass Festival, changing its name over the years, began with three performances of La Bohème, courageously staged after three years of planning in the sparsely designed, non-air-conditioned, orchestra-pit-less 400-seat auditorium of the Cooperstown High School. The cast consisted, first, of professional singers and orchestra, but the two large choruses were made up of local volunteers, including a lot of children and teachers and, in fact, five Bassett doctors. The backstage crew — make-up, dressers, props — was all volunteers and the dressing rooms, separated by hanging sheets, were in the over-heated boiler room.

END_OF_DOCUMENT_TOKEN_TO_BE_REPLACED

HAPPENIN’ OTSEGO for SATURDAY, MAY 21

HUNT – 10 a.m. – Noon. Bring the kiddos out for fun Easter Egg Hunt on the grounds and a bake sale featuring delicious treats made by the residents. Chestnut Park Rehabilitation and Nursing Center, 330 Chestnut St., Oneonta. 607-432-8500 or visit www.facebook.com/ChestnutParkRehabAndNursing/

END_OF_DOCUMENT_TOKEN_TO_BE_REPLACED

SYMPHONY – 7 p.m. The Catskill Symphony Orchestra presents their Cabaret fundraiser, featuring fun works from Strauss and Dvořák with guest star Mandy Harvey who is an award winning jazz and pop singer, songwriter and inspirational speaker. The program will be followed by the guest conductor competition to see who gets to wield the baton for Sousa’s ‘Stars & Stripes Forever.’ Health guidelines will be followed. Cost is $50/adult. SUNY Oneonta. Visit catskillsymphonyorchestra.org

END_OF_DOCUMENT_TOKEN_TO_BE_REPLACED

OPERA – 12:55 p.m. View live performance of the Metropolitan Opera, streaming live in Oneonta. This week is the performance of ‘Ariadne auf Naxos’ an Opera within an Opera, the story portrays Ariadne after her first love Theseus abandons her on an island. Cost, $20/adult. Lunch available for purchase separately from Soda Jerks. Showing at the Foothills Performing Arts Center, Oneonta. 607-431-2080 or visit www.foothillspac.org

END_OF_DOCUMENT_TOKEN_TO_BE_REPLACED 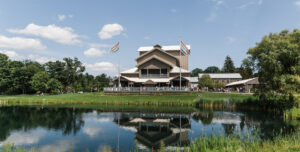 “Honorary Trusteeships were established several years ago by the governing board to recognize and acknowledge individuals from our ranks for their extraordinary service and exceptional contributions,” said Board Chairman Robert Nelson. “Nellie, Bob, and Jim have provided and continue to provide invaluable guidance as regular trustees, and this additional distinction is a special way we are able to express our deepest appreciation.”

Mr. Nelson said the Honorary Life Trustee honor is not an annual event but is reserved only for those times when the Board believes they should recognize high achievement.

“It’s the highest honor a trustee for the Festival can ever reach,” Mr. Nelson said. “Their total contributions over the years are amazing.”

END_OF_DOCUMENT_TOKEN_TO_BE_REPLACED

Never mind that we’re in the middle of some typically bone-chilling January weather – summer is coming and with it, the 2022 Glimmerglass Festival. Tickets for the summer favorite go on sale Monday, January 24!

Patrons planning to see more than one performance may purchase tickets need not wait until Monday – packages for two or more shows are available immediately. Those buying tickets for more than one show receive the greatest discount available, may purchase additional tickets at a 10 percent discount with no additional processing fees, and receive free exchanges. END_OF_DOCUMENT_TOKEN_TO_BE_REPLACED

END_OF_DOCUMENT_TOKEN_TO_BE_REPLACED

Hi-def Met Opera back at Foothills

Hi-def Met Opera back at Foothills

Opera fans can wait out the long winter before next summer’s Glimmerglass Festival and head to the Foothills Performing Arts Center at 24 Market Street in Oneonta for high-definition streams of productions from New York City’s Metropolitan Opera.
This year’s premier performance comes at 1 p.m. on Saturday, December 11, with a production of Matthew Aucoin’s “Eurydice.” The opera is a modern take on the Greek legend of Orpheus, who uses the power of music to try to rescue his lover, Eurydice, from the underworld. The Met says the opera is one of the first takes on the legend to be told from a female-centered perspective, casting the character of Eurydice as its lead.

END_OF_DOCUMENT_TOKEN_TO_BE_REPLACED

By TARA BARNWELL • Special to www.AllOTSEGO.com

Glimmerglass Festival loses its leader at the end of its 2022 festival season when the visionary Francesca Zambello steps down after a transformative 12-year run at the helm.

“I first came to the festival in 1997 and directed Iphigene en Tauride, she said. “I fell in love with the region and the festival. Since becoming the general and artistic director, every season has been enjoyable, I can’t pick just one as my favorite. Every year has its highlights.”

“We just keep growing richer and stronger,” she said. END_OF_DOCUMENT_TOKEN_TO_BE_REPLACED

By ROBERT MOYNIHAN • Special to www.AllOTSEGO.com

First, opera is supposed to be quite serious.

One writer of praise for Verdi’s “Trovatore” observed, totally without irony: “When the soprano part is sung as Madam X sings it, one cannot survive without tears.”

As for the composer himself: “He made a nest for singers in his music like the mother-bird warming
her young.” Such comments have as much relation to events as political promises for “a new life” — which turn with experience to be even less exciting than a “new laundry powder.” However, humans are
susceptible to such notions — like the “word itself, “the “poem itself,” even the “opera itself” — all without context. Such theories limit experience and blunt contacts with other lives in the human family.(As for that “mother-bird,” Verdi bitterly complained about inadequate singers,
conductors, and impresarios.)

This composer entered profound depression after the death of both children and his wife. The libretto of Nabucco pulled him from the depths.

A reader of the bible and of Shakespeare, he responded to admired language in the libretto Verdi then describes writing one note at a time, then phrase by phrase, “little by little the opera was written.” At a rehearsal, a chorus so pleased the carpenters that they beat on the woodwork with their tools and cried, “Bravo, bravo, vive il maestro.”

Wagner’s “Cycle,” better reduced to another form? It is already a “ring.” A controversy of taste since its origins, the whole lasts many hours. The critic Irving Kolodin proposed a shortened version; the Glimmer-form trims even more. Is this an improvement? What might bother even informed listeners is the pomposity of Wagner’s own text, an extensive mythological soap opera. The composer’s place in musical history is found in reactions to what one biographer in 800 pages called “Wagner’s Mind.” French culture, with its clarity and discipline, was never to his taste. He even prohibited the speaking of French in his own household.

However, French compositions are therapeutic for the pretended grandiosity of this composer. Debussy included a “Tristan chord” in a satiric piano solo with direction that it was to be played “with great feeling.” The composer Eric Satie had great fun with mythological and self-important pretenses. Answering complaints about his lack of musical form, he composed pieces in “the shape of a pear.” He called some of his other works “wall paper music.”

Brahms, however, was a quietly persistent critic. A score by Wagner was on his Streicher grand. A visitor noted the text was upside down. Brahms righted it: “Now it makes no sense at all,” he said.

Mozart’s “The Magic Flute” was intended as a light entertainment, commissioned by his Masonic friend and theater owner Schikaneder. Is the mythology of the libretto serious? The conductor Bruno Walter thought so, but the light of heart should think otherwise. A baritone roughly imitating a bird song? A Queen of the Night reaching the heavens with her high notes?

The work passes into its own immortality, just as Mozart and other composers of this Glimmerglass season still live through their art.