END_OF_DOCUMENT_TOKEN_TO_BE_REPLACED

COOPERSTOWN – Douglas K. Walrath, beloved husband, father and grandfather, who served the Village of Cooperstown as Clerk, Treasurer and Administrator and who was active with the Rotary Club and Christ Church, left us suddenly and unexpectedly after a brief illness Friday afternoon, December 17, 2021, at Bassett Medical Center with his wife, Peg, and Fr. Nathan Ritter, his pastor by his side. He was 92.

Born December 11, 1929, at the Mary Imogene Bassett Hospital in Cooperstown, Douglas Kramer Walrath was one of two sons of Douglas O. and Bertha (Kramer) Walrath. Raised in the Village, he graduated from Cooperstown High School with the Class of 1947.

During the Korean War, Doug proudly served his country in the United States Army. He was badly wounded while on active duty and received the Purple Heart in April 1951.

Beginning in February of 1965, Doug was employed by the Village of Cooperstown and served as Village Clerk and clerk of all the Village boards. As Village Treasurer, he was Administrator and Chief Budget Officer. He attended the training school sponsored by the New York State Conference of Mayors and in 1969 received their five-year award for training. He also helped organize the New York State Association of Municipal Purchasing Officials and served as Secretary.

END_OF_DOCUMENT_TOKEN_TO_BE_REPLACED

The Rotary Club of Cooperstown is hosting the Fall Fling fundraiser at the Clark Sports Center from 10 a.m. to 5 p.m., Saturday Oct. 9.

Fall Fling is replacing Spring Fling. which the club has hosted annually in May since 2017, event chairperson Sydney Sheehan said. It was canceled in 2020 and postponed this year.

“We decided to hold this event in the fall because we felt that a fun and festive fall event might be just the thing to bring everyone together,” Sheehan said. “Cooperstown has so much to offer in the autumn and year-round and it’s a great time to celebrate our community.” END_OF_DOCUMENT_TOKEN_TO_BE_REPLACED 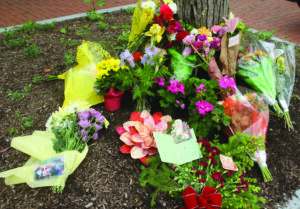 END_OF_DOCUMENT_TOKEN_TO_BE_REPLACED

Joe was born in January of 1929 in New York City to Anna Udovich, who was originally from Austria.

He graduated from Worcester Central School, Class of 1949. He worked at his family’s restaurants, Bright Side Central Hotel and Anna’s Restaurant. He also worked at Worcester Lumber Co., General Electric, and Prudential Insurance as an agent. Joe was honored to receive several Vice-Presidential Academy of Honor Awards throughout his 30-year career at Prudential. Joe served as Rotarian President and contributed to the inception of the Worcester Pool and Worcester Health Center. He was a lifelong resident of Worcester. Joe loved his family, friends and community, enjoying bringing people together with a good laugh, cooking, a good poker game and a good polka.

A private graveside service will be held at the St. Joseph’s Cemetery in Worcester.

Cards and remembrances may be sent to the family.

Online condolences may be made at, www.hellerskinnerfh.com. The Heller & Skinner Funeral Home, 155 Main St., Worcester, is assisting the family.

ONEONTA – James Edward Pasternak, 87, who spent his career in SUNY Oneonta’s business office, passed away peacefully at home with his family by his side on Friday, March 13, 2020.

The son of Stanley and Dorothy (Clute) Pasternak, Jim graduated from Waterville High School. He was a sergeant in the Army in 1952-54, serving in Korea.

Jim married his wife Kathryn (Swiantek) on April 14, 1956, in Utica. After living in Indiana, they moved to Oneonta, then Morris, to raise their family.

END_OF_DOCUMENT_TOKEN_TO_BE_REPLACED

GENERAL ELECTION – 6 a.m.-9 p.m. Vote on public officers, whether to hold a constitutional convention for NYS, the use of Forest Preserve land, and more. Visit www.otsegocounty.com/depts/boe/

END_OF_DOCUMENT_TOKEN_TO_BE_REPLACED

EDMESTON – The Rev. John A. Blackman, Jr., the award-winning and community-minded pastor emeritus of the Second Baptist Church, Edmeston, passed away Nov. 20, 2016.

He was born Aug. 31, 1932 in Rockland, Maine, to John A. Blackman and Olive Kalloch Blackman. He graduated from Rockland High School, Gordon College in Boston, and Gordon Divinity School, Wenham, Mass.

He married Dorothy Loyte in June 1955.

John served the First Baptist Church of Oswegatchie, in the North Country, from June 1958 to January 1964, where he was ordained into the ministry. He then was called to the Second Baptist Church, and served from February 1964 to September 1994.