“This is the first bill I have introduced as a state senator and it embodies one of my main priorities – to assist our local schools and municipalities when they are in need,” said Oberacker.  “Without this piece of legislation, the Oneonta City School District would be facing a $400,000 hit on its budget.”

The legislation will now go to the Senate Finance Committee and then to the full Senate for approval.   Assemblyman John Salka, who represents Oneonta, is introducing companion legislation in the Assembly.

END_OF_DOCUMENT_TOKEN_TO_BE_REPLACED

SCHENEVUS – Patrons at Nancy’s Bar on Main Street here between 11 a.m. and 6 p.m. on New Year’s Day may have been exposed to COVID-19, the county Health Department announced this afternoon.

Those at Nancy’s Bar during that time should monitor themselves and further notify those they have been in contact with in the days following – should they develop symptoms, according to Public Health Director Heidi Bond.

END_OF_DOCUMENT_TOKEN_TO_BE_REPLACED

SCHENUVUS – Patrick Tyler French, 52, a medical researcher for the State of New York, died peacefully at his parents’ home in Schenevus, on Dec. 30, 2020, following a brief illness.

He moved to Schenevus with his family and attended Schenevus Central School, distinguishing himself as a standout scholar-athlete, competing in soccer, baseball and basketball. He was equally active in music, where he played trombone in the school music group, Freedom, and the jazz ensemble.

END_OF_DOCUMENT_TOKEN_TO_BE_REPLACED 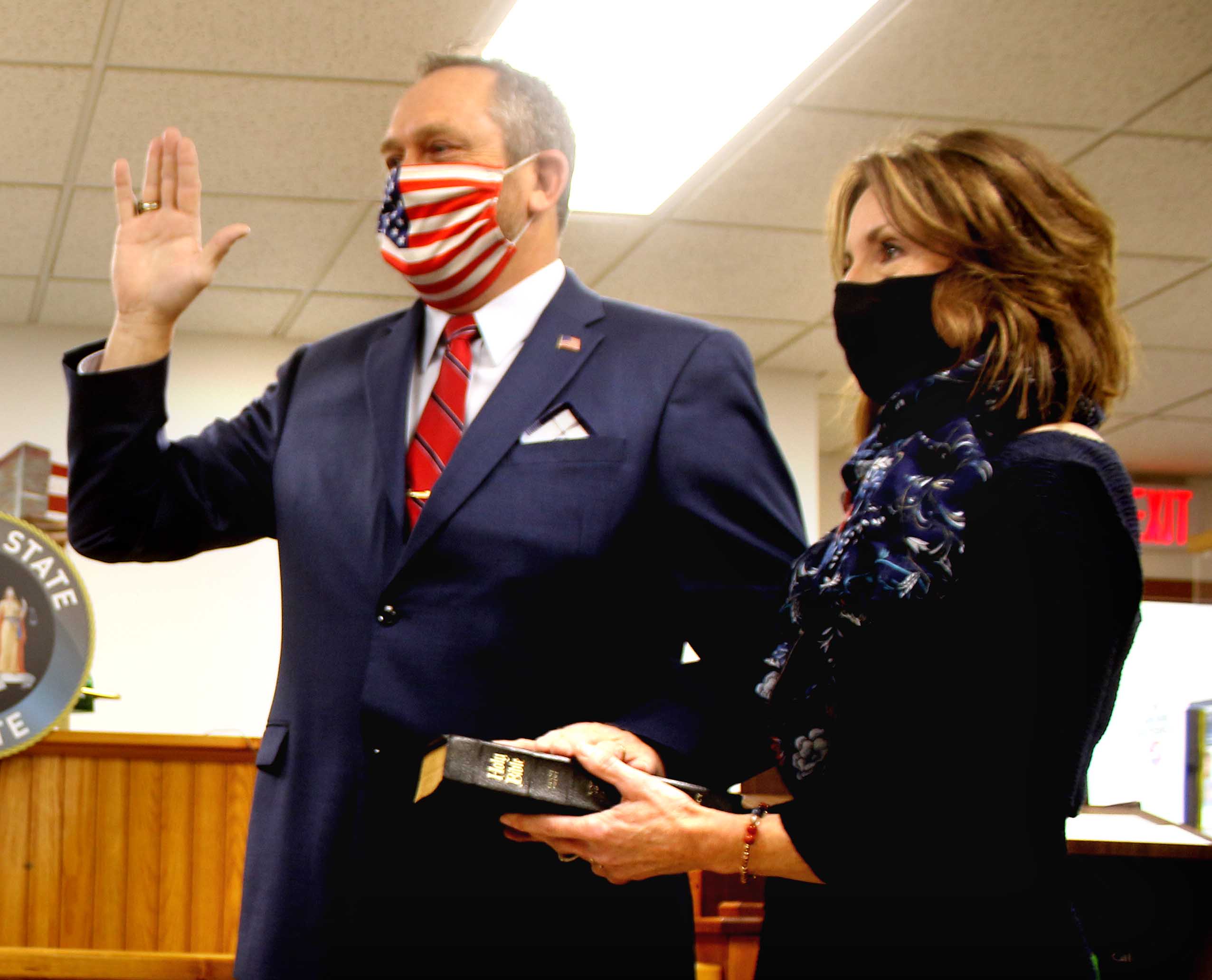 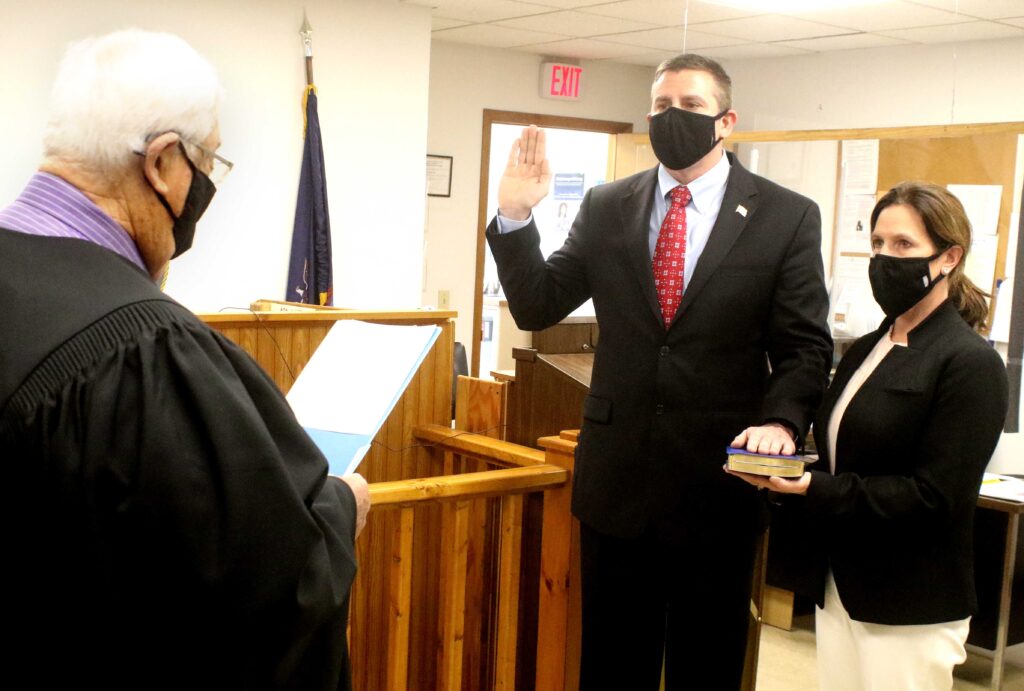 He was born June 10, 1930, in Westford, the son of Lynn and Marion (Hubbard) Whiteman.  He was a lifelong resident of Otsego County, where he was a dairy farmer and carpenter.

He graduated from Draper Central School in Schenevus, and the Construction Program at SUNY Delhi. He married Jean McAdam of Needham, Mass., in 1950 near Army Camp McCoy, Wisc.

END_OF_DOCUMENT_TOKEN_TO_BE_REPLACED

Kennedy Extends An Olive Branch Across The Aisle

COOPERSTOWN – To calm troubled political waters, county Rep. Meg Kennedy, C-Hartwick, has scheduled an Administration Committee meeting for Dec. 2 to give the Democratic prospect to succeed state Sen.-elect Peter Oberacker a hearing before that day’s county board meeting.

“I felt this was the right thing to do,” she said a few minutes ago.  “I always try to do what’s fair, and I think this is fair.”

END_OF_DOCUMENT_TOKEN_TO_BE_REPLACED

That’s how Peter Oberacker, hand-picked to succeed state Sen. Jim Seward, R-Milford, describes what he would take to the state Senate if elected Nov. 3.

That approach has guided the job he’s done as Maryland town board member, then town supervisor and, for five years now, county representative from Schenevus, Worcester, Westford and Decatur.

He uses the term “ROI” – return on investment. “Where do we get the most satisfaction for what we’re spending?” Oberacker, 57, asked during a Friday, Oct. 16, interview in the renovated barn on Route 7 east of here, headquarters of Form Tech Solutions, a culinary research firm the CEO operates with COO Ron Wheeler, who’s also his campaign manager.

As town supervisor, Oberacker’s main concern was maintaining and plowing 61 miles of road with decrepit equipment. Instead of buying new, Oberacker determined to lease equipment.

Elected to the county board in 2015, he proposed – as Public Works Committee chairman – doing the same with the county’s fleet, with similar results – dependable vehicles at less cost. (He’s also vice chair
of the Administration Committee, and serves on Public Safety, Intergovernmental Affairs, and the Budget and Negotiations committees.)

Oberacker, born on Merrick, L.I., was introduced to private enterprise early in life. When he graduated from SUNY Delhi, he joined his dad, also Peter Oberacker, in operating Spicey Pete’s Meats, a market in Schenevus that, as its height, had an outlet in Cooperstown’s Danny’s Main Street Market.

While his dad provided exemplified entrepreneurship, mom Carolann exemplified public service as a 25-year Maryland town justice. She passed away in 2009; his father in 1993. In 1990, Peter – brother Karl, now of Albany, and sister Cheryl Delello of Oneonta, also survived – joined Conagra, then Budenheim, food research and marketing companies.

When Budenheim eliminated his division, in 2004, it was a blow. But, inspired by watching
Mel Gibson rally his men on “Braveheart” in the wee hours one morning, Oberacker hammered out a business plan, called Budenheim colleague Wheeler at dawn, and the two founded Form Tech.

The partners ran the product development and market research firm in College Station, Texas – ask him about allergen-free soy sauce, one big success. In 2018 – with Oberacker focused on county politics and bringing a distribution center to I-88’s Exit 18 at Schenevus –company headquarters were moved here.

He continues to promote the distribution center – aimed at mega e-marketing companies, from Google on down – and is working on making the site shovel-ready. The other day, he was able to show where an 8-inch main is being put under Route 7 to serve the site’s south end; on the north end, water is available from Smokey Avenue.

As a county rep, Oberacker is also pushing ahead a four-town consolidation plan – it would be a statewide model.

He and Wheeler continue to operate Form Tech, although it is on the market. Their new focus is Sparrow Hawk Winery, where the men are planning to produce a semi-dry Riesling using a newly developed
grape, La Crossaint, within a couple of growing seasons.

With so much on his plate, you can imagine Oberacker’s surprise when the phone rang over the winter. It was Seward, announcing he didn’t plan to run again and suggesting the county rep run to succeed him.

“I was always impressed with Peter,” said Seward, who had known his parents. “He had local government experience; he had private sector experience.” It would later impress the senator that,, after the candidate introduced himself to county chairmen in the nine counties, no primary challenge surfaced.

Still, “your head starts spinning,” Oberacker said, as he reflected on the time commitment, the prospective public criticism, and the toll on the family – wife Shannon, son Derek, 29, and daughter Holli, 31, a teacher in Milford, Conn. “Jim set a high bar,” he added.

“My expertise,” he said, “is with local governance, and how Albany effects local government.” He’s always been guided by a “bottom up” approach, which he plans to follow if elected on Nov. 3.

He’s committed, as are most candidates, to getting broadband everywhere. “It’s akin to the 1930s,” he said, “when they ran electrical lines.”

He’s also committed to expanding support to local fire departments and EMTs after son Derek was injured in a farm accident and his father, a member of the fire department, waited, listening to the signal, for a volunteer ambulance crew to arrive.

“My son” – now recovered – “will be here,” the father said with some emotion. “He’s going to stay here. He’s going to raise my grandchildren here.

“If I can keep half as much as I experienced growing up here,” he said, “I’ll be satisfied.”

For The Birds, Try SSPCA Or Mini-Horses, A Mallard, 2 Chinchillas, Hedgehog

For The Birds, Try SSPCA

Or Mini-Horses, A Mallard, 2 Chinchillas, Hedgehog

COOPERSTOWN – In five years directing the Susquehanna SPCA, Stacie Haynes has never once had someone bring in a bird.

Now, she has 30 of them. Lady Gouldens, to be precise.

The finches – as well as a dog, a cat, two mini-horses, a mallard duck, two chinchillas and a hedgehog – were surrendered by a homeowner after the animals’ owner moved out of their shared Schenevus residence.

The owner first reached out to the shelter last week, and Haynes worked with Sheriff Richard Devlin as part of the PETS task force, and determined the animals needed to be surrendered by the homeowner.

“This is a great example of how being proactive got these animals into a situation where they could be safe and adopted out to people who can care for them,” she said. “This way, we’re not coming back in a month after they’ve been neglected or perished.”

The two mini-horses were adopted from the scene, but the other animals all came back to the shelter, where they will soon be put up for adoption.

All but the duck came willingly, giving the volunteers a little bit of a chase.

“The duck is tame!” she insisted. “We’ve had geese and turkeys before, so we weren’t intimidated. But any animal, no matter how tame, is going to be a little freaked out when a van rolls up.” She did note that the dog and the hedgehog are elderly, and their eventual adoptee will need to get them proper veterinary care.

But she stressed that the animals were not purposefully neglected, and that the homeowner surrendered them willingly. “These animals all require different kinds of care,” she said. “It’s a full-time job keeping up with these animals, and he did the right thing by reaching out to us and saying he needed help.”

She continued, “If more people did this, we wouldn’t end up with barns full of dead cows. This is a great example of how we can help when people reach out to us.”

SCHENEVUS – Roy A. Henderson Sr., 80, who amid varied careers spent 21 years as a maltster in a New Jersey malt plant, passed away peacefully on Sunday, Aug. 16, 2020, at his home in Schenevus.  Malt is used in brewing and distilling.

He was the son of Ray & Selma (Anderson) Hendrickson, who predeceased him.

Over his lifetime, Roy also worked for his brother-in-law’s flooring company and at a charcoal plant in New Jersey.  After retiring to Schenevus, he cut logs for several years.

END_OF_DOCUMENT_TOKEN_TO_BE_REPLACED

Born on August 25, 1949, Bill grew up the eldest of two siblings in an Italian family in the Jackson Heights neighborhood of Queens. He was the son of the late William Robert and Raffaela (Margio) Liggio.

END_OF_DOCUMENT_TOKEN_TO_BE_REPLACED

Charlie was born in Otego, Sept. 26, 1926, the son of Charles E. and Dorothy (Hamilton) Scofield. He lived most of his childhood on a farm in Otego and going to school there.  He joined the United States Navy in 1943 and served for three years.

Upon discharge in 1947, he married Isabel Davis and they moved to Schenevus in 1949, where they raised their four children.  They were married for 63 years.

END_OF_DOCUMENT_TOKEN_TO_BE_REPLACED

Charlie was born in Otego, Sept, 26, 1926, the son of Charles E. and Dorothy (Hamilton) Scofield. He lived most of his childhood on a farm in Otego and going to school there.  He joined the United States Navy in 1943 and served for three years.  Upon discharge in 1947, he married Isabel Davis and they moved to Schenevus in 1949, where they raised their four children.  They were married for 63 years.

END_OF_DOCUMENT_TOKEN_TO_BE_REPLACED

SCHENEVUS –  Beulah E. Tuckett, 91, a Schenevus native who pursued a career as secretary to high-ranking officers in the State Police, passed away on April 9, 2020, at the Baptist Nursing & Rehabilitation Center in Scotia.  She had lived in Voorheesville for many years.