The first details of the President's legal defense are emerging, and Senate Republicans are quickly buying in

'It's going to be devastating': Senators gear up for trial rules

Is a criminal act required for an impeachable offense?

Senate impeachment trial: How to watch and what we don't know

Analyst: One person on Trump's defense team is problematic

Dershowitz in 1998: Doesn't have to be crime to impeach

Jennifer Aniston and Brad Pitt have people in their feelings

Prince Harry: There was 'no other option'

Why you might catch the flu twice this season

Patrick Mahomes: What to know about the Chiefs' star quarterback

Sutherland Springs church hero to speak at Virginia gun rally: It's more about 'control' than safety 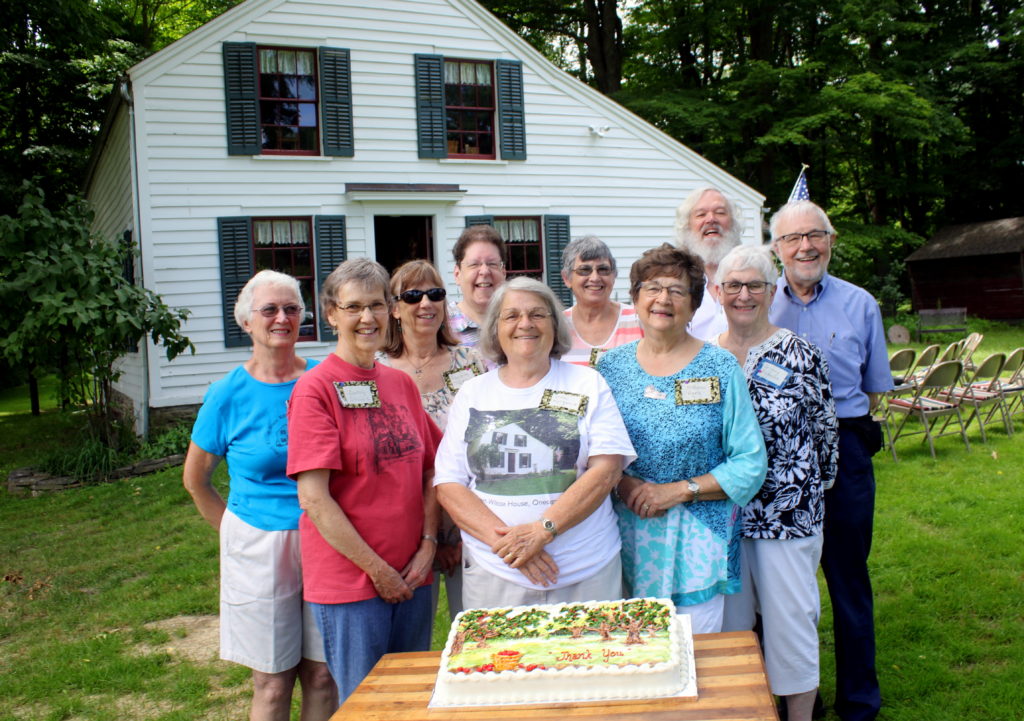 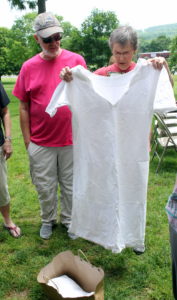 The staff of the Swart Wilcox House hosted an open house this afternoon in appreciation to all supporters who helped preserve Oneonta’s oldest surviving house and continue to prosper. Above, volunteers Norma Slawson, Debby Clough, Loraine Tyler, Pat Follett, Ann Schulz, Helen Rees, Richard Tyler, Ginny Pudelka and Len Pudelka pose for a photo on the lawn with a celebratory cake made by Barbara Clark, Otego. All but two items in the house were donated by local people from. Inset, Debby Clough holds up one of three nightgowns originally from the house donated by Ken Jones (on left) and wife Andrea. “We got them in an auction in 1974.” explained Jones. “They were in a box with other fabric and sugar bags. Even used fabric was valuable back then; they didn’t throw anything out.” Markers were also placed around the property in honor of Fred Morris, Mary Konstanty and Bill Slawson. (Ian Austin/AllOTSEGO.com)

HENRY WILCOX, IN HIS OWN WORDS

Some Of It Humdrum, Some Endearing

ONEONTA – The Huntington Library didn’t know what it had.

When the Upper Susquehanna Historical Society – now the GOHS – was cleaning the Swart-Wilcox House for the 1976 Bicentennial, someone found all of Henry Wilcox’s diaries, said Helen Rees.

“They gave them to the Huntington Library and two were transcribed, but they didn’t think they were very important,” Rees said, founder of the Friends of the Swart-Wilcox House, Oneonta’s oldest home.

The diaries – seven in all – were later returned to the Friends. “We have very different views on what was important!” said Rees. “He wrote every day, so there are a very valuable insight into Oneonta’s life. He wrote about the weather, who died, what was going on.”

He wrote about his mother’s passing, his wife Phoebe and their sons Fred and Merton. A daughter, Myrtle, died at age 5 of “moreness” in 1875. The brothers were the last residents of the house.

END_OF_DOCUMENT_TOKEN_TO_BE_REPLACED

With Reading Of 1870s Journals

Father’s Of The Past

END_OF_DOCUMENT_TOKEN_TO_BE_REPLACED 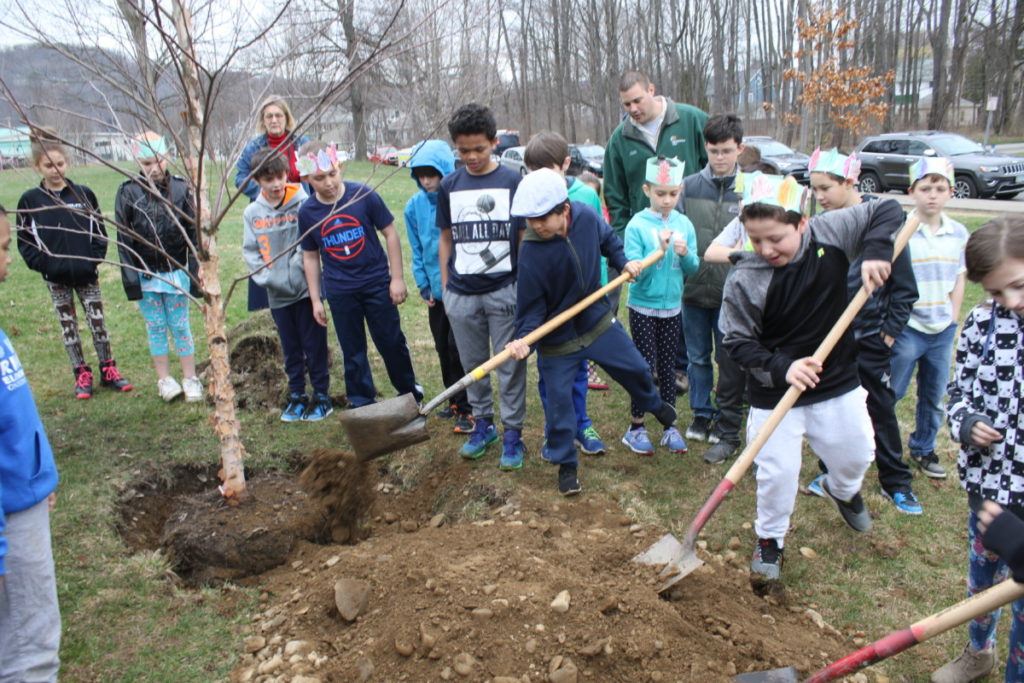 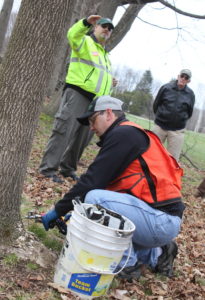 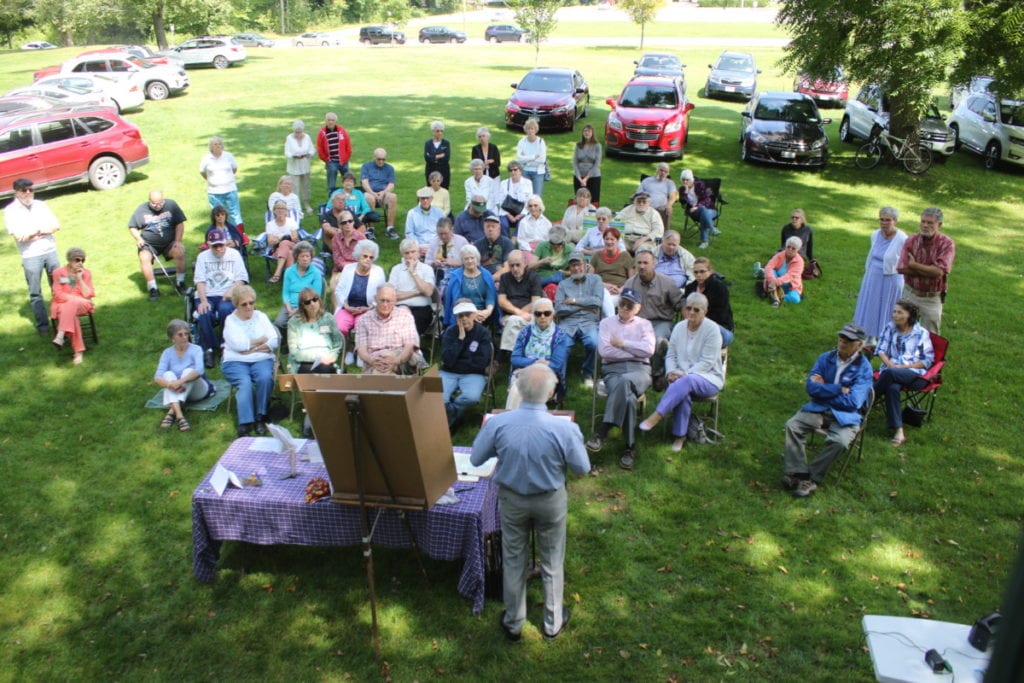 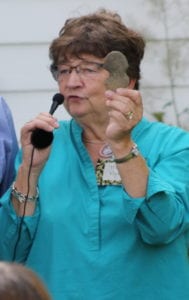 Above, Len Pudelka, Oneonta, a former history professor at Hartwick, gives the final Sunday Series talk of the season on the lawn on the Swart-Wilcox House  this afternoon. His talk was on the local skirmishes in the surrounding area during the Revolutionary War. At right, Helen Rees, Oneonta holds a stone weight that Natives used for net fishing in the area. The artifact, and others like it, are part of a collection found in the fields around the Swart-Wilcox House in the 1950’s by Emerson Horth.  He later donated the collection to the Swart-Wilcox House museum where it remains on display. (Ian Austin/AllOTSEGO.com)

At The Windfall Barn

OPEN MIC POETRY – 3 p.m. The Barn welcomes those of you who would like to share your poetry with others on a summer afternoon at the Windfall Dutch Barn, 2009 Clinton Rd., Cherry Valley. www.windfalldutchbarn.com/events.html

END_OF_DOCUMENT_TOKEN_TO_BE_REPLACED

RENAISSANCE FAIR – 11 a.m.-5 p.m. Dress in a period costume and take a step back in time on this 2nd day of the faire. There will be vendors, crafters, games, Celtic step dancers, and other performers. Enjoy a pig roast and other food vendors. Admission, $5. Windfall Dutch Barn, 2009 Clinton Rd., Cherry Valley. www.windfalldutchbarn.com/renaissance-fair.html

SUMMER SUNDAY SERIES – 1-3 p.m. Woodworking was an important resource for early settlers. Join Jack Ewen as he describes the techniques used such as carving, turning, splitting, drilling and even decorating with twigs. He will also provide examples. Junction of Wilcox Ave. & Henry St., Oneonta. Call 607-287-7011 or visit swartwilcoxhouse.wordpress.com/summer-sunday-2017/

END_OF_DOCUMENT_TOKEN_TO_BE_REPLACED

Inductions At The Sports Center

At Hall Of Fame

WEDNESDAY WORKSHOP – 1-3 p.m. Try a new activity in a small group setting with a knowledgeable instructor. This week its Metal Detecting on the grounds of the museum with Alex & Michelle Osterhout and Christ & Kim Altman. Reservations required. The Swart-Wilcox House Museum, Wicox ave., Oneonta. Call (607)287-7011 or visit swartwilcoxhouse.wordpress.com/wednesday-workshops-2017/

END_OF_DOCUMENT_TOKEN_TO_BE_REPLACED

SUMMER SUNDAY SERIES – 1-3 p.m. Learn about Aluminumware with Jim & Diana Hickling. Learn its history from a collector and share your own stories. Junction of Wilcox Ave. & Henry St., Oneonta. swartwilcoxhouse.wordpress.com