80% of Americans under stay-at-home order

In Iceland: Testing suggests 50% of cases have no symptoms

Acosta to Trump: This may be an uncomfortable question ...

Biden ‘confident’ he’s the Democratic nominee, despite Sanders claiming he still has 'path'

J.K. Dobbins: 5 things to know about the 2020 NFL Draft prospect

Pastors object to NYC mayor's threat to shut down churches

Mexican president claims rivals would take over if he self-isolated, as experts decry coronavirus response

Prince Albert recovers from coronavirus: 'He is healed and healthy'

Jalen Hurts: 5 things to know about the 2020 NFL Draft prospect

END_OF_DOCUMENT_TOKEN_TO_BE_REPLACED 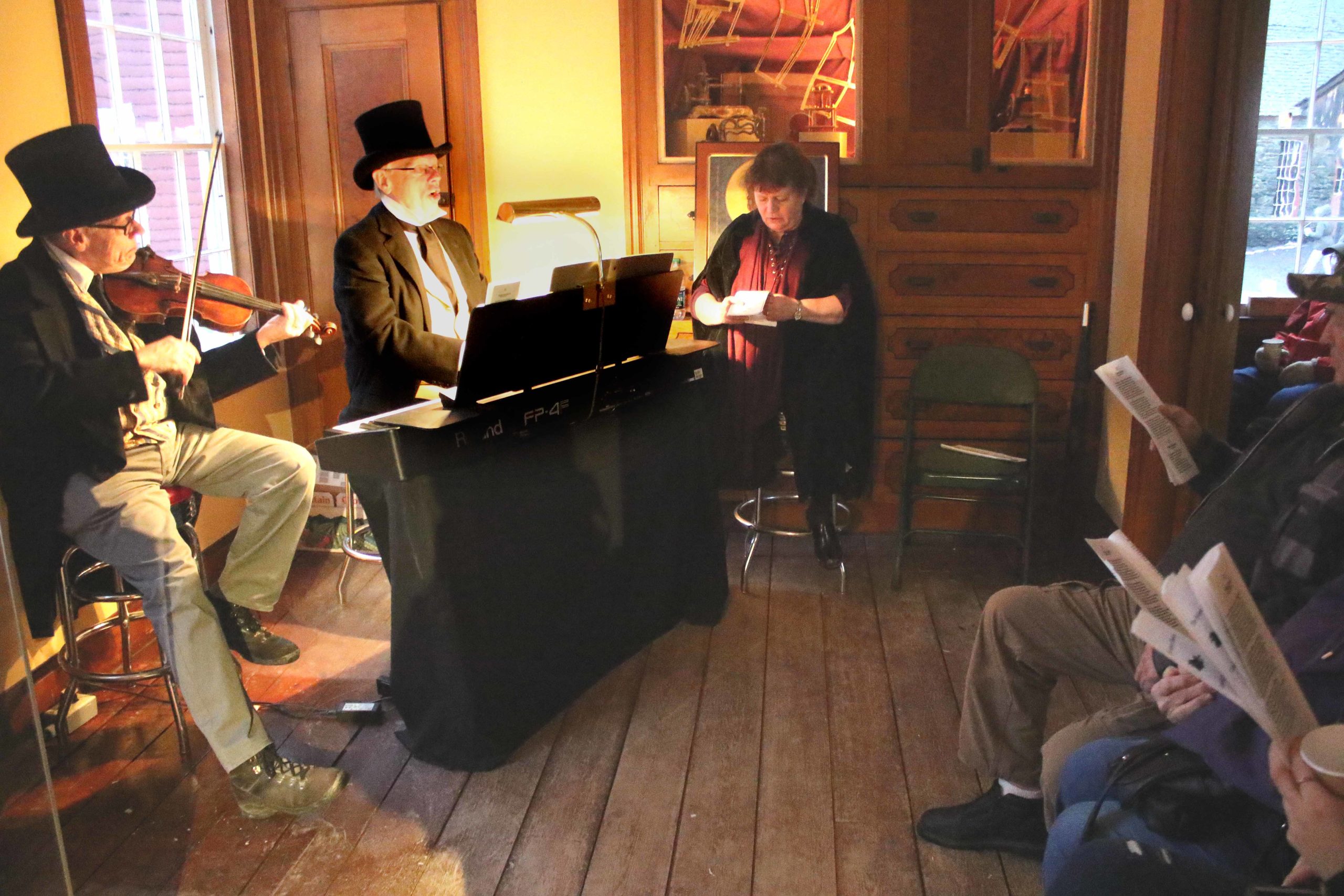 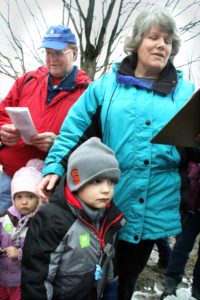 Ron Johnson on the keyboard and his brother Ren on the fiddle led singers on Christmas Carols at this afternoon Candlelight Evening, The Farmers’ Museum annual holiday celebration.   It began at 3, and despite the rain that began at 4 the tailed off at 6, a cheerful crowd enjoyed a range of bands and choruses – including Toddsville Community Bible Chapel choir, inset right, that included Gail and Tim Buel and grandkids Jude, 4, and Aria, 2.  Fans, including many families who come annually from the Capital Region and Utica area, tromped through the mud almost cheerfully – no kidding! – crowding around kettles of heated apple cider – and sheltering from the rain and into the exhibition buildings.  (Jim Kevlin/AllOTSEGO.com)

MORE PHOTOS IN THIS WEEK’S NEWSPAPERS

At Farmers’ Museum, An Old-Fashioned Thanksgiving

At The Farmers’ Museum,

END_OF_DOCUMENT_TOKEN_TO_BE_REPLACED

On Wednesday, Oct. 16, got into The Farmers’ for just 50 cents, the original price paid to see it under a tent in George Hull’s backyard. That evening, visitors were able to see a “Medicine Show” hawking the Giant, performed by the Templeton Players, and enjoy a piece of giant birthday cake.

On Oct. 16, 1869, workers on Stub Newell’s farm in Cardiff, outside Syracuse, were digging a well when they discovered the 10½-foot long body of a petrified man. “That must have been incredible,” said Kenyon, “to be digging a well and find the body of a man.”

Newell’s farm was an old lake bed, and fossils had been discovered there before. “Paleontology was a new science,” said Tom Heitz, Town of Otsego historian, who used to interpret the Giant for museum visitors. “People were finding saber-tooth tiger fossils and other strange creatures, so it made sense to people at the time.”

Neighbors gathered around the pit, and within two days, Hull, Newell’s cousin, had erected a tent and were charging people 50 cents – the equivalent of $9.25 today – to come see the giant.

At 10½ feet and 2,990 pounds, the Cardiff Giant was proclaimed to be “Taller than Goliath Whom David Slew.” A doctor in Norwich pronounced him “a real man, turned to stone,” and people came from across the state and, in some cases, across the country to see the giant.

“He was very popular with the religious people,” said Heitz. “There’s a line in Genesis about a time when giants roamed the earth, and people took this as confirmation of that.”

But with so many people wanting to take a peek, Hull and Newell – who had already made a considerable sum off their 50 cent admissions – decided to sell the giant to investors in Syracuse, who put it on display for people who came by train from all across the stage.

“People didn’t have TV or the Internet,” said Heitz. “But they wanted to see the spectacle of it.”

PT Barnum tried to buy the giant for $15,000, but when Hull wouldn’t sell, he created his own and toured it around the country and in Europe.

But by December, Hull admitted that his giant was a fake, a gypsum man carved a year earlier in Chicago and buried in Newell’s back yard. “He was a bit of a scoundrel,” said Heitz. “He had been in jail in Binghamton for running a con game when he was younger.”

According to Heitz, he had gotten in an argument with Reverend Turk, a Methodist minister who took the stories of the Bible – including Genesis 6:4, which references the giants – literally. Hull wanted to prove him wrong, so he ordered the creation of the giant.

In 1868, Hull ordered a slab of gypsum from Fort Dodge, Iowa, and send it to be carved in Chicago, then shipped back by train and carriage to Newell’s farm, where it was buried and “discovered” a year later.

Even after Hull admitted it was a hoax, people still flocked to see the giant, and it traveled to several cities, including Albany and Manhattan. Some places objected to his nudity and placed a fig leaf over his exposed genitals; others asked that men and women go in separately.

“They even did shows for the blind,” said Heitz. “They would let people feel his toe or his face.”

The excitement of seeing the cause of the famous object, even after it was a proven fake, dwindled at the beginning of the 20th Century, and in 1948 it was brought to The Farmers’ Museum, where he has been on continuous display ever since.

END_OF_DOCUMENT_TOKEN_TO_BE_REPLACED

COMMUNITY POTLUCK – 4 – 7 p.m. Celebrate our community at 8th annual community harvest supper. Bring a dish to pass, cutlery, plates, beverages, pull up a chair and enjoy the company of your neighbors. Includes games on the Library Lawn for the kids. Main St. between River & Fair Sts., Cooperstown. E-mail kristenmgriger@gmail.com or visit www.facebook.com/GrowingCommunityCooperstown/