A raging fire broke out in Fly Creek off of county highway 26 at the intersection with Stone House Road on the morning of Friday, November 25. Though local emergency responders arrived early to the scene, it had already consumed much of the structure. We’ve been told the entire family was evacuated successfully.

There were no injuries. The fire was brought under control in a half hour. END_OF_DOCUMENT_TOKEN_TO_BE_REPLACED 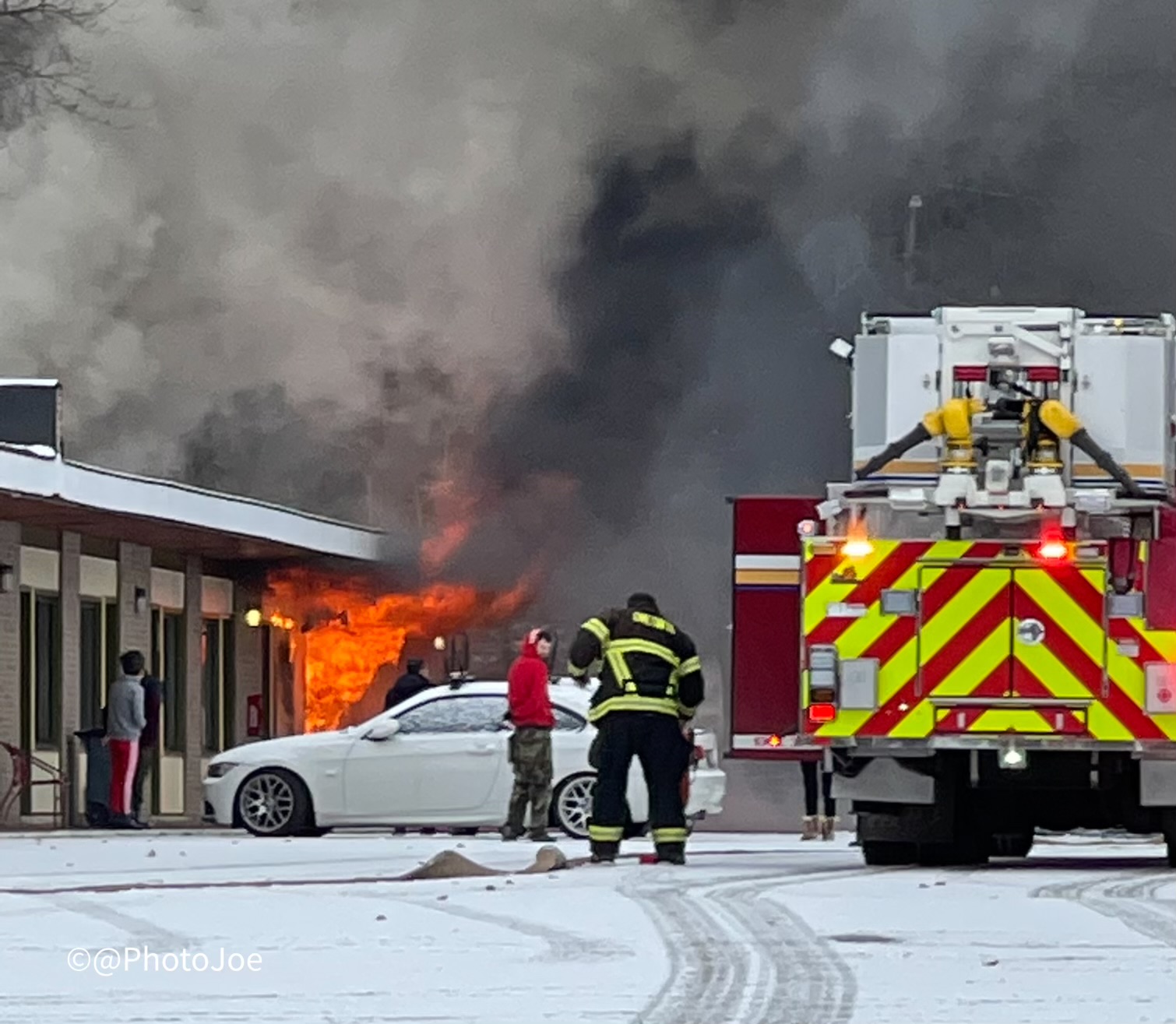 Police and firefighters responded to a structure fire in Cherry Valley last night that caused the death of one person.

The deceased, Ellen Cantrell, 58, was located inside the travel trailer at County Road 34A.

According to a New York State Police media release, the fire is not thought to have been suspicious.

“There were propane tanks and boxes of fireworks stored inside,” he said. “No one was hurt, thank God.”

The fire, which destroyed Wood Bull Antiques owner Kip Coburn’s barn on Christian Hill, Town of Otsego, on Friday, Nov. 6, was called in by a neighbor at 9:01 p.m., with trucks arriving on scene 10 minutes later. The fire was “fully involved,” according to Vuolo.

“It quickly spread to two trailers in the barn,” he said. “We got it under control in an hour, but we were there until 1 a.m. We couldn’t get to the second floor.”

The barn was Wood Bull Antiques’ original storage location for his inventory when he moved to the area from New York City 40 years ago.

“We would go back and forth to the flea market in SoHo, then go to yard sales up here,” Coburn said.

He and his wife Judith lived there for a time before giving the house to his daughter, who since the COVID-19 outbreak moved back from Rhode Island. She has since moved, and was not at the house when the fire broke out.

“I don’t know how the fire started,” he said. “But when I got there, the whole side was on fire.”

The barn itself was packed full of antiques, adding fuel to the blaze. “There was some natural wood furniture in there and a lot of spare chairs,” said Coburn. “I’m a bit of a packrat when it comes to collecting.”

Also inside were two camping trailers and several antique cars, all of which were destroyed in the blaze.
“It was fast-moving and hot,” said Vuolo. “There were a lot of artifacts.”

The fire also torched a second, smaller building, which Coburn said he used as a tool shop, and a chicken coop, but all five chickens escaped unharmed. The house on the property was not harmed.

The fire is still under investigation, but is not currently considered suspicious. “We think a light might have gotten knocked over in the chicken coop,” said Vuolo.

ONEONTA – The Oneonta Fire Department had to shut down the railroad tracks on Railroad Avenue this morning to battle a blaze that destroyed Nate’s Tire & Auto.

According to Robert O’Brien, director, Otsego County 911, the call came in at 3:52 a.m. When crews arrived on scene, the garage was engulfed.

END_OF_DOCUMENT_TOKEN_TO_BE_REPLACED

ONEONTA – A fire at a home on Winney Hill Road in Oneonta started on the back porch and spread into the kitchen, but fire companies were able to put it out before it consumed the whole house, Oneonta Fire Chief Patrick Pidgeon reported.

According to Pidgeon, the fire at the house on 290 Winney Hill Road, a neighbor called in the fire, which started on the back porch at 5:16 p.m. Oneonta, West Oneonta, Franklin and Franklin FAST were on the scene, with Otego and Laurens Fire and EMS squads on  standby and for coverage, and fire fighters quickly knocked the fire down.

END_OF_DOCUMENT_TOKEN_TO_BE_REPLACED

SCHUYLER LAKE – A loose wood stove pipe caused a house fire earlier this afternoon on County Route 22 in the Hamlet of Schuyler Lake.

The fire, at the home of Tom Donnelly, was reportedly caused by a loose fitting on a wood stove. The leak from the stove and resulting heat caught the house’s wallpaper on fire.

END_OF_DOCUMENT_TOKEN_TO_BE_REPLACED

ONEONTA – By the time West Oneonta Assistant Fire Chief John Quick got to the scene of last night’s fire at 687 State Highway 205, the house was fully engulfed, but the residents were safe in the neighbor’s driveway across the street.

“They were alerted by the smoke detectors,” he said. “The wife tried to put it out, but it was just too much.”

END_OF_DOCUMENT_TOKEN_TO_BE_REPLACED

ONEONTA – At this hour, 10 fire companies are on the scene of a house fire just past the intersection of Routes 205 and 23 in Oneonta.

END_OF_DOCUMENT_TOKEN_TO_BE_REPLACED

WORCESTER – State police are investigating the death of a yet-unidentified subject after a house fire in the Town of Worcester.

END_OF_DOCUMENT_TOKEN_TO_BE_REPLACED

By JENNIFER HILL • Special To ALLOTSEGO.com

ONEONTA – Oneonta firefighters were able to resuscitate a cat rescued from the fire in the Mayrose Apartment complex on Lewis Avenue this evening.

“She was pretty much dead when we found her,” said Capt. Rob Latourette. “I gave her oxygen and she revived quickly.”

The cat, named Oreo, is owned by Matt Baker, a resident of the apartment, was also treated at the scene for smoke inhalation. Baker, 26, managed to rescue his three guinea pigs, which are in the care of a neighbor.

A second cat, a cream-colored female named Cheeseburger, was not located in the apartment, and is believed to have run out the door when the fire broke out and is still missing.