As a condition of approving the merger, the Federal Trade Commission required proposed parent company Northeast Grocery to divest its interest in a dozen stores — among them the Tops Market on Route 28 in Hartwick Seminary.

C&S Wholesale Grocers, a century-old supplier to independent grocery stores throughout the country, purchased the stores in question and, in the next few months, will replace the Tops brand with Grand Union.

“This is another very exciting opportunity for C&S to further expand into the retail market,” Rick Cohen, executive chairman of C&S Wholesale Grocers said. “This is an important component of our growth and future success.”

“The Grand Union stores will showcase C&S’s already successful retail strategies and be supported by our strong wholesale supply chain and programs to deliver solid retail performance,” he continued.

When asked, all three players involved in the merger, divestiture, and rebranding of the stores declined to comment beyond prepared statements provided to the media.

Price Chopper locations in Cooperstown and Oneonta will retain their brand identity under the new Northeast Grocery parent banner, as will Price Chopper and Tops Markets throughout the remainder of the new parent company’s service region.

While no specific dates have yet been scheduled, C&S plans grand openings for the Hartwick Seminary and other Grand Union locations for mid-January through mid-February 2022, and states the company “will continue to recognize the union workforce at these locations.”

“We are very excited to bring this iconic supermarket back to the communities it has fed for generations,” said C&S Chief Executive Officer Bob Palmer.

CONTRACT RUNS OUT IN APRIL

Help May Be On The Way

MILFORD – For the portion of the public upset by the “Trump 2024” sign on Route 28 north of the Village of Milford, help may be on the way.

Anna Johnson, Rome Sign Co. business manager, said the billboard’s current renter has a contract that runs out in April, and a new customer has picked up the contract, so “Trump 2024” may be gone by the end of that month, “depending on the weather.”

END_OF_DOCUMENT_TOKEN_TO_BE_REPLACED

It Could Be The Largest Stars, Stripes In County

It Could Be The Largest

Route 28 To One Lane

RICHFIELD – A 20-year-old Burlington Flats man was killed when he was hit by a car making a turn on State Route 28 near the Canadarago Lake boat launch in the Town of Richfield.

According to Trooper Aga Dembinska, Troop C public information officer, Kyle J. Seamon was driving his motorcycle south on Route 28 when a woman driving an SUV north made a left turn onto Hyder Road, directly into Seamon’s path.  The SUV and motorcycle collided.

END_OF_DOCUMENT_TOKEN_TO_BE_REPLACED

COOPERSTOWN – The Village Board is planning at public hearing at 7 p.m. today on whether to erect a four-way stop sign at Glen Avenue (Route 28), the village’s northern gateway, and Grove Street.   The hearing will be at 22 Main St., the Village Hall.

The move is proposed by Trustee Richard Sternberg, who chairs the trustees’ Public Safety Committee,  who said there have been three accidents there in the past year.  “This is a significant problem,” he said.

END_OF_DOCUMENT_TOKEN_TO_BE_REPLACED 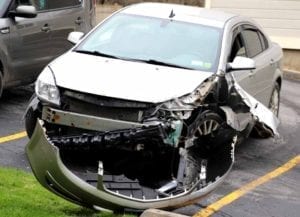 A collision between a pickup truck and a car at Railroad Avenue and Route 28 in Cooperstown 20 minutes ago slowed northbound rush-hour traffic. State police were at the scene, directing traffic, but the drivers were talking to each other and neither appeared to be injured. The car in the collision, inset, limped away from the scene, leaking gasoline, and parked in a nearby parking lot at 21 Railroad.  No further details were immediately available.  (Jim Kevlin/AllOTSEGO.com)

COOPERSTOWN – At least four car crashes have been reported as the snow falls on Otsego County, creating slick roads.

At 8:12 a.m., a car flipped over on Route 31 in Springfield, though no injuries were reported. A second rollover, on Route 166, was reported to involve “minor injuries” to one occupant.

END_OF_DOCUMENT_TOKEN_TO_BE_REPLACED

On Route 28 South Of Schuyler Lake

By PARKER FISH • Special to www.AllOTSEGO.COM

SCHUYLER LAKE – Responding to the fourth XNG truck mishap since transports began in February, firefighters and emergency personnel blocked off several roads leading to a crash site near Schuyler Lake until 3 a.m. today, keeping some people from their homes for hours.

“We were up at the florists, and when we came back down, they had the road blocked off,” said Exeter resident Christine Allen, who lives less than half a mile from the crash site. “We couldn’t get to our house, so we went to Stewart’s and got a banana split.”

Allen was finally able to get back to her home later in the evening when responders let her through to get to her house. According to Allen, she heard a loud noise when crews released the gas from the trailer.